This has come a bit late but below are the results and the league table after 08 December 2013.

Only 3 games have been played on the weekend prior to the Merlion Cup Tournament on the 1st December 2012, and with another between Bernard and Ezan being played during the Merlion Cup which took place on 8th December 2013. Though the games are few, but still it made some movements in the league table. So here it is… 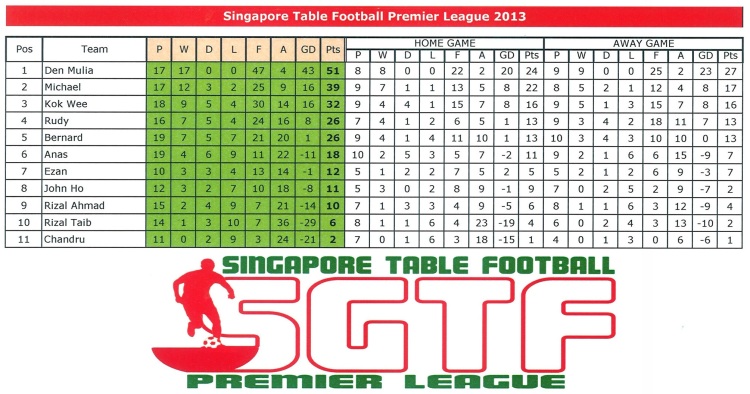 As it can be clearly seen, Den Mulia have already cemented his dominance in the league as the invincible runaway Champion for the inaugural SG Table Football Premier League 2013!

The league shall however continue as all remaining games shall be covered on the weekend of 29 December 2013, where the league will officially draw to a close for year 2013.