TFAS sent its second delegation (since the formation of TFAS) to the Madrid World Cup in 2013.  Singapore was proudly represented by our Singapore Champion Den Mulia Yusni.  Well known to all in the local table football community, Den Mulia is our undisputed No. 1 top-ranked player in Singapore; and probably Asia’s No. 1 player as well!!

Many old-timers and veterans would know that Den Mulia had actually represented Singapore several times in past World Cups under the ambit of the now-defunct Subbuteo Association of Singapore.  This is, however, his first appearance under the ambit of TFAS.  His participation further raised the profile of Singapre table football to the rest of the world – further building on the great work Kok Wee Tan and John Ho had started the year before in Manchester, England. 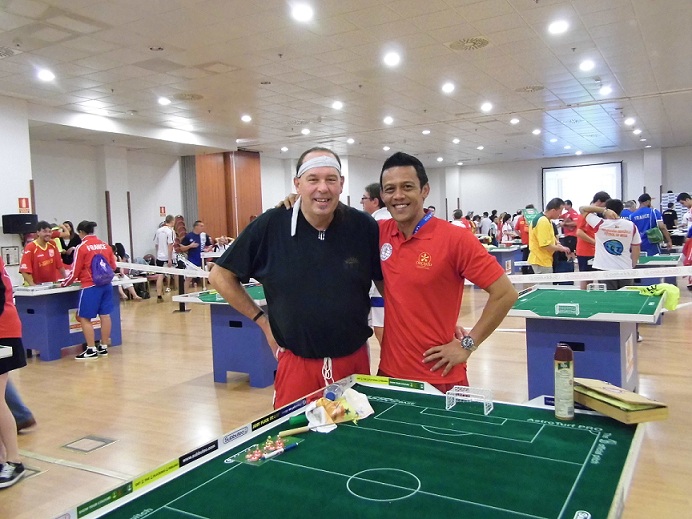 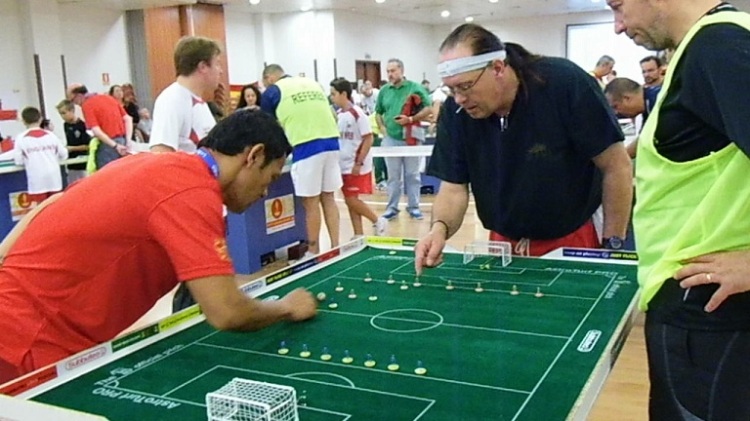 Den Mulia competed in the Individual Veteran event and was drawn in the same group together with Maxwell Gautschi (Switzerland), Luili Lopez (Spain) and John Field (Gibraltar).  Den Mulia got his World Cup campaign off to a great start when he recorded Singapore’s first ever win in a World Cup game in the TFAS era!!  He comfortably defeated Maxwell 4-1.  Unfortunately, that victory, in a way, also made Luili and John took notice of our Champion from the little island of Singapore.  They subsequently up the ante and raised their game as they took on Den Mulia, mindful of the quality of our Singapore Champion and careful not to allow further upsets and surprise results from Singapore.  In the end, against stronger opponents at the top of their game, Den Mulia lost the subsequent 2 games – 0-3 to Luili and 0-6 to John. 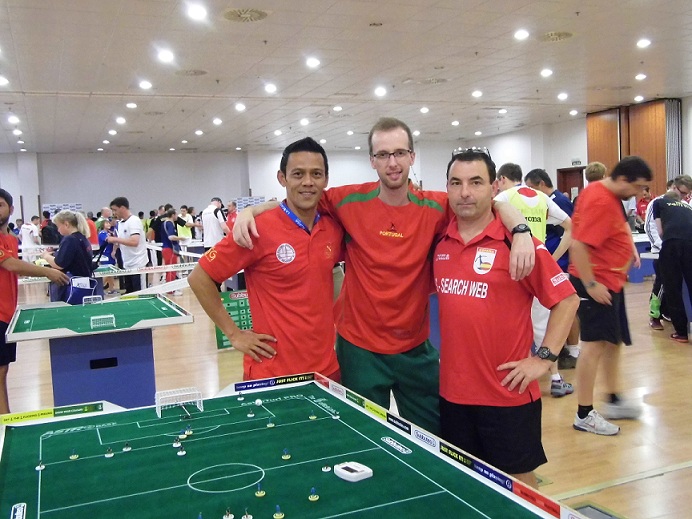 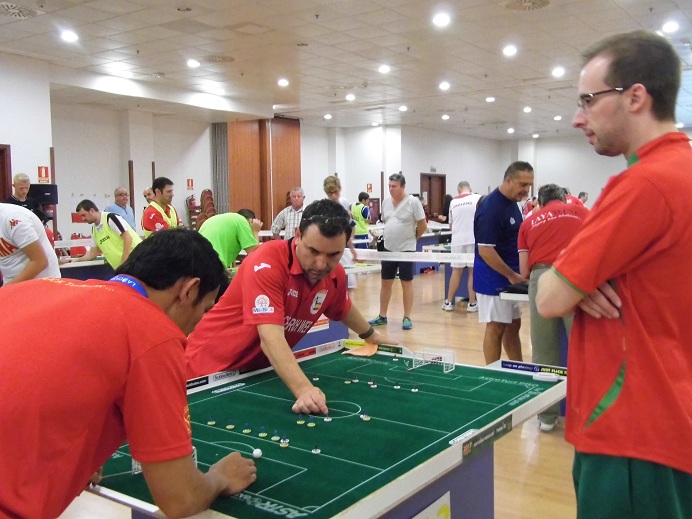 While a single victory with 3 points was not enough to progress to the next round, Den Mulia has certainly created a stir and made a name both for himself and Singapore.  While Kok Wee and John had planted our Singapore flag and fly it high in the 2012 Manchester World Cup the year before; what Den Mulia had achieved in the 2013 Madrid World Cup effectively raised the Singapore flag and flew it even higher!!  Great job Den Mulia!! 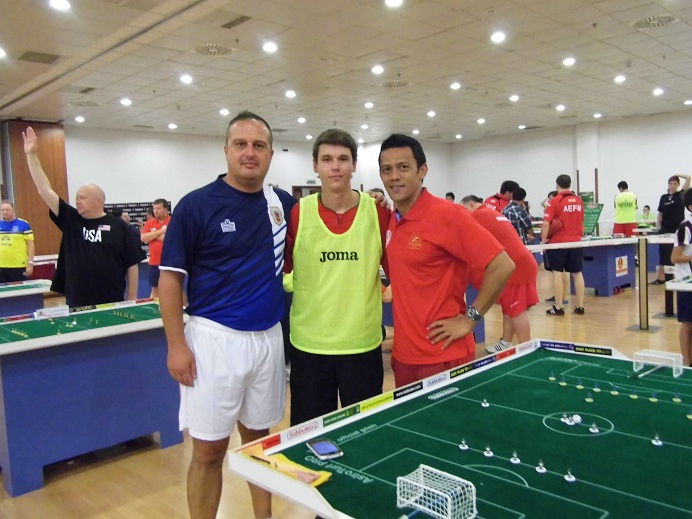 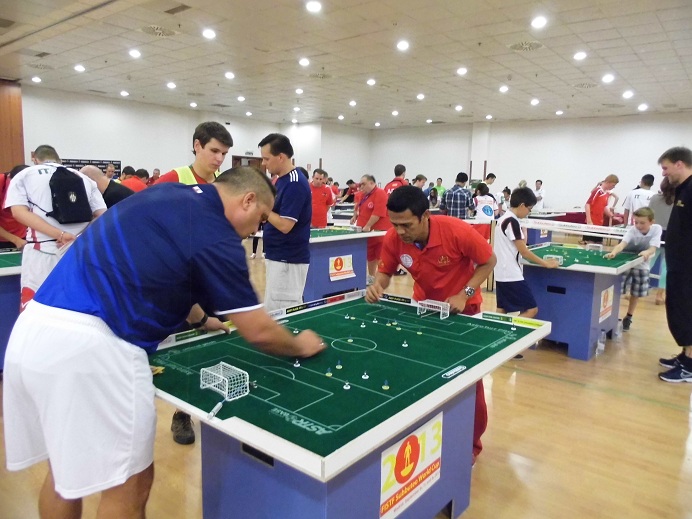 In an exclusive interview after the World Cup, Den Mulia shared his thoughts on the following:

Question: How would you describe your personal experience of representing your country in the Madrid World Cup?
Den Muila:  The experience was priceless as you are up against some of the best players in the world.  Gives me pride to wear the national colours.

Question: Would you recommend other players to play in the World Cup?  Why?
Den Mulia:  It will be great for players to experience the World Cup as it is run professionally and especially seeing the drama and excitement!!

Lastly, a BIG congrats to Den Mulia and thank you for your contributions to help raise the profile of Singapore Table Football at the World Cup and to make the rest of the world noticed us!!  Well done!!

Continue to watch this space as we bring you the exploits of Team Singapore at the FISTF Subbuteo World Cup 2014 in Rochefort, Belgium after this weekend!!