26th October 2014 was the date where the very 1st Orchid WASPA Challenge took place at the Ruby Suite of Singapore Orchid Country Club.  A total of 14 players took part in this competition which saw a unique format being used.

2 groups of 7 players vie for the top 4 spots in each group with 4 rounds of SWISS Format fixtures.  In the end of the group games, Den Mulia, Michael, Rudy, John, Anas, Bernard, Kok Wee and Vikas made it into the Quarter Finals.

After another round of knock-out games in the Quarters, it was Den Mulia, Bernard, Kok Wee and John that prevailed and moved into the Semi-Finals.  With 2 games decided by a solitary goal each, Kok Wee and Den Mulia played out an exciting Final, where Kok Wee succumbed to the pressure and surrendered the Title of the Orchid WASPA Champion to… DEN MULIA!!

This competition also saw the the very 1st Team event organised.  3 groups of 4 players each played in a triangular format before the top 2 played out the final.  Team Bravo comprising of Antonio, Rizal, Anas and Captain Den Mulia, managed to edge out their opponents by a solitary point to take the Team challenge. 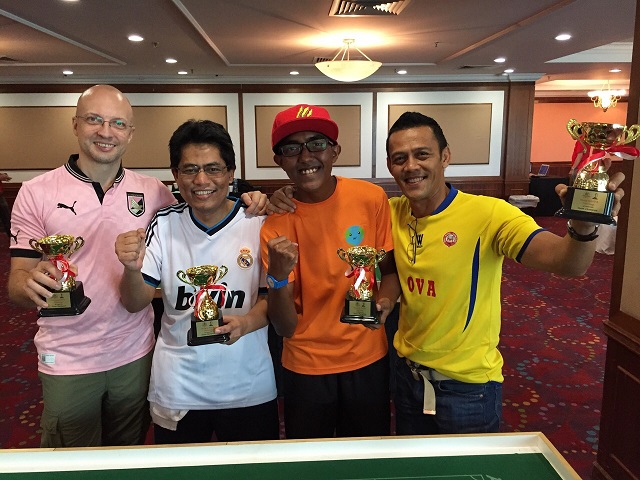 As a whole, it was yet again a memorable, exciting and super fun competition of SPORTS TABLE FOOTBALL!